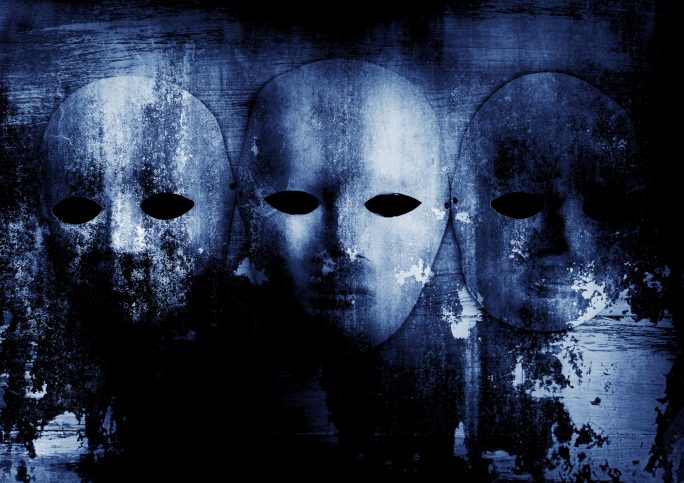 A long, long, long time ago I was a fairly well-known blogger. I wrote posts with what my podcast co-host Dave calls “goth titles,” like The Universe Doesn’t Give a Flying Fuck About You. Those posts were my unique breed of motivation and inspiration (yes, “You Are Dying and Your World Is a Lie” was supposed to be inspirational). 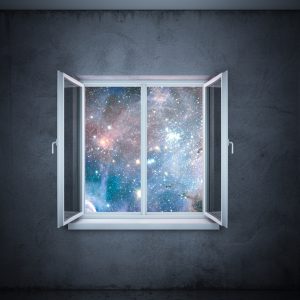 The idea was to kick readers in the ass for their own good. Basically, I had a lot of non-sugarcoated things I wanted to say, and blogging was my outlet. I wrote things I thought the world should hear, but that few people seemed willing to say — such as the fact that life is hard, and that if you want to take advantage of the one you’ve been given, you have to stop being a pussy and grab what you want with both hands, rather than waiting for someone to come along and save you.

When I transitioned to writing full-time fiction, I found myself wanting to spend my words telling stories, not writing blog posts. As I spent more and more of my time doing the former, I did less and less of the latter.

By the end of that year, I thought my blogging days were finished. Writing blog posts was that, I reasoned, and now I was doing this. Sean and I saw them as two separate things with no intersection.

Blogging and fiction, for both of us, aren’t really that different. Readers crave meaning; what I once delivered with my posts, I now articulate through story. Sure, it looks different … but all I’ve really done is trade literal statements for allegorical tales.

The Realm & Sands stage (and, in a different way, the whole of its parent company Sterling & Stone) hosts the same themes, but now the players are grizzled gunslingers and their abrasive unicorn partners, robots searching for the meaning of life, and citizens of a dystopian future.

Stories Define Us (Whether You Believe it or Not) 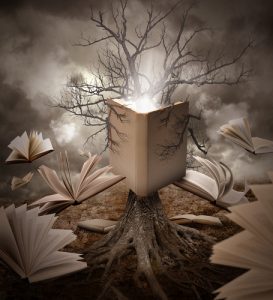 When you’re a fiction author, you’d better be a fan of your own work or you’re going to be miserable a lot of the time (cue joke about our partner Dave, who hates his own work and is miserable much of the time). That’s because you spend many hours staring at your own stuff, massaging the story, making it better, reading for flow and coherence.

I write rough drafts based on Sean’s ideas and outlines, then send them back for a few rounds of editing and post-production. Because of this, I often don’t see the finished stories before publication. When we write sequels to our work and need to re-familiarize ourselves with a narrative, I get to read my own books again in the same way any reader would.

It’s an odd experience. We write so much that I forget entire storylines, and barely remember getting all those words on the page.

I began reading Season One of our sci-fi political thriller The Beam in preparation for writing the second season, which we released in late April of that year. The Beam takes place in the year 2097, but its history — always in the background, never fully explored — spans back to semi-contemporary times. For instance, in 2019, a revolutionary radio telescope is established on the dark side of the moon, and the world surges with optimism and purpose.

Then, in 2027, an unforeseen ecological catastrophe slams the planet and brotherly love amongst all mankind turns to vapor; people resume looking out for number one as the world burns. The US, Canada, and Mexico (the “North American Union,” or NAU) pool their efforts and eventually thrive, but the rest of the Earth isn’t so lucky … so in the 2040’s, the NAU erects a permeable dome over the continent — the so-called “lattice” — to keep the “Wild East” from coming to steal their Lucky Charms.

What ultimately saves the NAU is its willingness to embrace the connectivity (and hence potential for cooperation) offered by the old Internet … which evolved into a better technology called Crossbrace… which in year 2062 became the intuitive, ever-present, AI-driven network that our characters, in 2097, know as The Beam.

So why do you — you, sitting there and reading this — care?

It’s all a bunch of stuff that we made up, right?

Well, that’s what Sean and I thought at first. But as it turns out, the most important things in The Beam — and the rest of our stories — aren’t made up at all.

Look past artificial intelligence and nanobots for a moment, and instead think about the very core of what’s above. If you do that, you’ll see it for what it truly is at base: people facing situations. Situations that, absent bells and whistles, any of us might face ourselves.

When disaster threatens, people do whatever they must to survive.

There are always people who have more, and others with less. Those who have less will almost always wish for more … and might be willing to fight to get it.

Even in our hyperconnected world of 2097 — where those wanting to maximize what The Beam offers (assuming they can afford it) have enhanced their minds and bodies with technological add-ons — people are people, who want the same things we want today: to be fed and sheltered, to be loved, to feel comfortable, to have security and power, and to have the freedom (and the wealth) to do as they wish.

The characters in The Beam could be you.

Or to put it more accurately: They are you.

You Can Never Escape the Truth 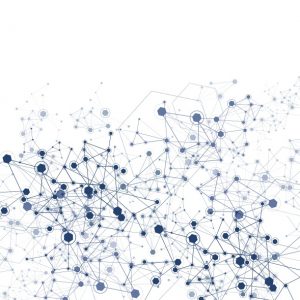 The Beam has a companion book, Plugged: How Hyperconnectivity and The Beam Changed the Way We Think. It’s written by a made-up author (Sterling Gibson) who pens his books from a made-up future — and yet, Plugged might be the most chilling, dead-honest “epic blog post” I’ve ever been a part of.

Plugged tells the story of how we got from where we are today to where characters in The Beam find themselves in 2097. To write that book, Sean and I had to make many inferences based on (wait for it) logic and truth and the facts of human nature — which means the core of Plugged is true to all of us today.

While future events in the book were made up, events from the past (such as Dennis Hope’s claims of owning the moon) are all very real. Mankind’s choices in Plugged, based on both past and future events, are all real choices we believed people would make. Technology’s evolution had to make sense based on today’s technology and how people use it. And as a result, writing that book forced us to step through modern society’s logical trajectory, as we imagined it unfolding in the future.

I could have written one of my “goth” epics (possibly called “Your Smartphone is Ruling Your Life — and Also, Santa Hates You”) and talked about how we’re addicted to technology and how our forward path is a slippery slope.

Instead I co-wrote Plugged, which makes that same argument so much better.

Don’t let the fact that stories are fictional lull you into believing that they aren’t true. 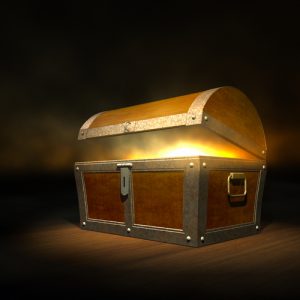 Great storytellers bury truths inside fabrication so readers won’t see them coming. In the past, I made a career from speaking my mind and preachifying about harsh realities.

But you know what?

Some of my best posts were answered with crickets because people didn’t want to hear those harsh realities. But if we hide our messages inside of stories? Then BOO-YAH, suddenly the world is perked.

Think about it: Not many people want to hear that all things — even good things — have an expiration date, so you’d better grab onto them before they inevitably slip away. Yet that’s the theme of The Bialy Pimps (about a bunch of Clerks-style assholes who work in a rogue bagel deli), and that deeper, more sober meaning sneaks up on you while you’re distracted by all the idiocy.

It would be hard to sell people on a blog post about the idea that evil is as vital to the world as good. But throughout the Unicorn Western series, that’s precisely what we whisper to our reader.

Who wants to hear that dependence on our beloved technology might be robbing us of our humanity? We don’t necessarily make that argument in Plugged, but we sure as hell ask the question … and hence trick readers into mulling it on their own, whether they want to or not.

Ditto questions about the balance of “what we’re taught” versus “who we are” (Robot Proletariat), compulsion versus morality (Cursed), the righteousness or fallibility of revenge (Namaste), conformity (Fat Vampire), or blind consumerism (Greens). Even our non-attributed collaborations with erotica author Lexi Maxxwell like The Future of Sex carry epic-post-worthy themes in the midst of all the explicit action Lexi adds to our prose. For example: If we allow a single group to become powerful and influential enough, that group might be able to change the very nature of humanity (and desire) in the name of profit.

Stephen King said the most important job of a storyteller is to tell the truth, so that’s what we do. We put people into situations, then tell the truth and see what happens next.

We work to untangle life’s thickest knots by exploring them through our stories. But to do that, we need YOU.

At least if you are who we think you are. 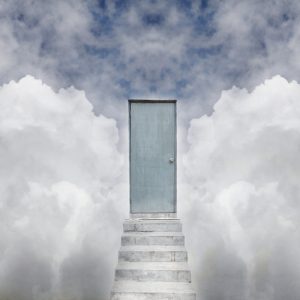 You can go through life like an automaton, or stay curious about the world around you.

You can live a script, or discover what truly moves you.

You can live unconsciously, or live every day with your eyes wide open.

You might not be the Realm & Sands sort (not everyone is), but if you want to understand life through story, and live a better one when you’re off of the page, we want you here with us.

When we wrote Namaste (and its baked-in for FREE!) pre-story Vengeance, we asked, “Is revenge ever justified?”

When we wrote Unicorn Western we asked, “Does everything happen for a reason?”

When I wrote Fat Vampire, I asked, “Can a man change his nature … even if what he sees in the mirror never can?”

When we wrote Cursed, we asked, “Is a person defined by his fate?”

When we wrote The Beam and Plugged, we asked, “Are we too connected?” “What is the nature of consciousness?” and “If we can do something, are we truly capable of asking whether we should?”

And when we wrote Robot Proletariat, we asked many, many questions … including one I can’t bring myself to include here because without context, I’m afraid it’d be far too inflammatory.

We want to discuss those questions here, with you, because we suspect you’ve asked yourself many of the same questions.

I don’t know that we’ll find any true, objective answers. The best questions are fated to remain just that — but we as humans we long to explore them, and make sense of our world.

We want to share what we have with you. If you’re not already a Sterling & Stone reader, you should be. You are on this adventure with us. Yes, you’ll get special deals and reader freebies, but you’ll also be swimming out from shallow waters into a deeper part of life. It’s free (except for your email address).

Click to get started with Robot Proletariat or the Alien Invasion series … for free!