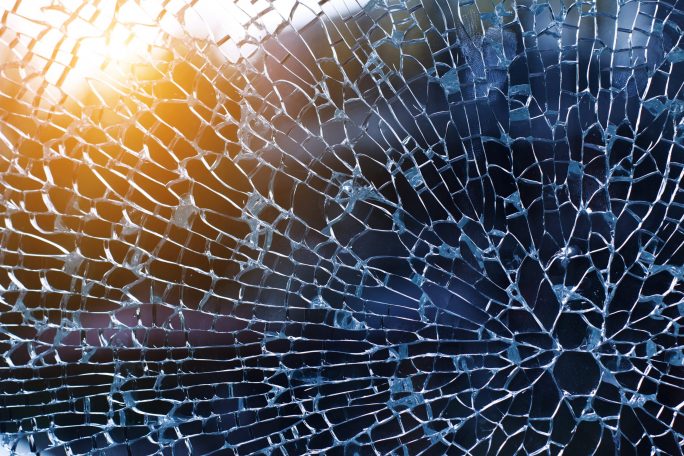 Got a question for you. Have you ever shown your fiction to someone in a critic’s role, a teacher, critique partner, whatever and had them tell you that you needed to show, not tell?

Here’s another one.  When that person said that to you, did you think what the hell does that mean, or how am I supposed to do that without actually speaking the question out loud?

If you answered yes to both of those, then welcome to a club that I’m sure includes nearly every writer who’s ever lived.

Show, don’t tell, is one of the most common pieces of writing advice ever given.

Despite this I’ve know dozen of writers who nod like they understand what it means and how to accomplish it, while turning around and not doing it in their work.

I think that it’s easy to say, but trickier to pull off if you’re not used to it.

If that sounds like you, then here are a couple of examples of what that actually means and ways to make it work in your story. 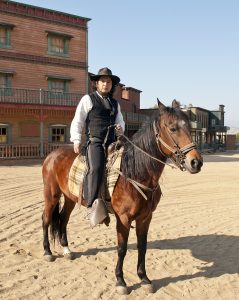 Consider this sentence:  It was high noon when the cowboy rode into the small desert town.

Perfectly legitimate sentence, right? Conveys the information. Sets up an expectation in the reader for what kind of story you’re about to tell. All that stuff.

Now compare it to this: The overhead sun beat down like a blacksmith’s hammer on the rider’s worn and dirty Stetson. His horse trod slowly, the dust and dry air coating the animal’s nostrils as completely as it did the rider’s cracked leather boots and gun belt. He wondered if the six shooter that was holstered there would be too hot to touch should the need arise. In the distance, beyond the cacti and the Joshua trees buildings of white washed wood rose up like beacons in the brown and grey landscape. Beacon that promised water, food and shelter from the damnable sun.

Even though I just provided the exact same scene and action to the reader, I did so in very different ways.

The second, however, describes the rider in a Stetson and boots with a gun on his hip riding through a barren and hot landscape looking forward to the shelter of the buildings ahead of him.

It leaves the reader to fill in the context.

Notice that I never used the words cowboy, desert or town in the second example, yet most anyone with a passing familiarity with the western genre would know what was happening.

The rule of thumb is descriptions show and statements tell.

The price for this particular prose mechanic though is very often the economy of words.

More often than not a passage that shows is going to be longer than a passage that tells. The trick is learning to balance the two types of writing within the whole of the manuscript.

Not everything has to be shown all the time. It’s perfectly fine to say something like “He sat down at the desk.” without going into a long description that could interrupt the flow of a scene.

Try to pick the things you want to be important and full of impact and make sure you’re showing those to the best of your ability.

When it comes to characters, descriptions aren’t the only way to show.

A character’s dialogue can be very indicative of that character’s traits and personality. 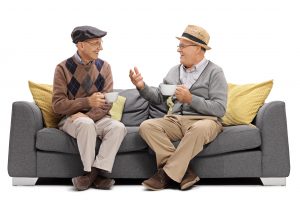 For instance, instead of just telling your reader that a character spoke formally, just have the character use words or phrases that the average person might find fancy or flowered.

Maybe they say cinema instead of movies. Or refuse to use slang. Or address everyone as Mr. and Mrs. or Miss.

This kind of bleeds into characterization but I think the show, don’t tell rule applies here as well.

This means of showing also goes beyond what a character says and into the way they say it.

For instance, if a character is angry or frustrated, you might describe them as speaking through gritted teeth, or with a tightened jaw.

If they’re woozy you could describe how they slur their words and are hard to understand.

If they’re nervous they might have a physical tick as they stutter through their dialogue.

Telling instead of showing can be an obvious or very subtle flaw in a manuscript. Particularly for those who are new to the craft.

I hope the examples presented here have maybe helped anyone who might be struggling with the concept.

When in doubt, bear in mind the words of Anton Chekov who put it best when he wrote “Do not tell me the moon is shining, show me the glint of light on broken glass.”

Thanks for reading this episode of The Smarter Artist. If you’ve got any questions about any of this episode’s content or just want to learn more about me and my own efforts to show, not tell, then come on over to cstevenmanley.net and drop me a line.

Now go get to work.