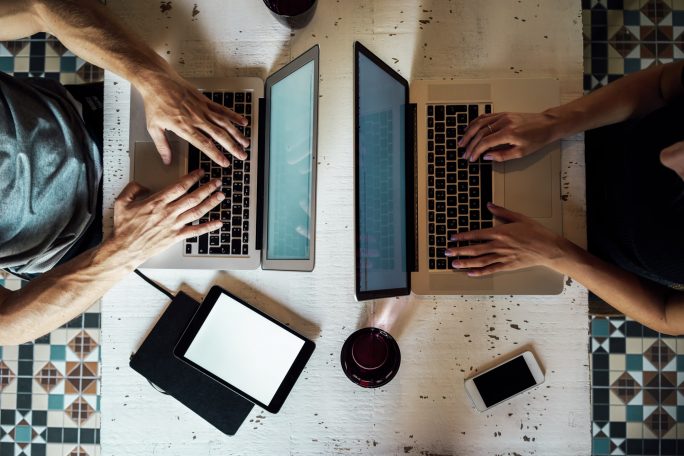 Today I want to talk about how you can find someone to collaborate with.

This is something that comes up a lot at Sterling and Stone simply because it’s kind of our secret sauce.

Everything we produce right now, this isn’t the way it will always be, but right now everything that’s getting produced and published is collaborative work.

It’s either me with Dave, or it’s me with Johnny, or most recently with the Legendary imprint, it’s me with Garrett.

Either way, there’s more than one set of eyeballs on everything that we do, and as we like to say on the show over and over until it’s annoying, one and one equals three in these cases.

That means that it’s very desirable to want to find somebody to collaborate with, but that doesn’t mean it’s easy. It’s a lot more difficult than you would think.

That’s kind of what our collaboration is. They’re long-term relationships where we really trust each other and there’s a lot of back and forth.

That’s not as easy as finding somebody.

I’ll tell you three stories, and if you’ve listened to the Self Publishing Podcast at all, you probably know these stories. If not, they’re instructive as far as finding a collaborator because none of these were us seeking a collaborator. They were something that just kind gleaned out of a normal relationship.

Then he started reading what I was writing on the site. He emailed me probably within maybe two weeks after I started writing and said hey, jerk, you stole my name

We hit it off immediately. 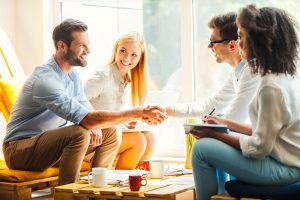 We shared a lot of copy work. We used to have Collective Inkwell before we were publishing books was a freelance writing and design site and we would install WordPress blogs and do some very basic work like that.

I knew Johnny the way you know people online. We both wrote for Copyblogger. I knew him, he knew me. And when I wanted to promote Yesterday’s Gone which Dave and I had written, I stopped at his blog as one of my many places that I was trying to promote the series.

Not an aligned promotion by the way. It was really terrible and I doubt it moved a copy.

But it did change our lives. That interview went really well and Johnny listened to it over and over and he thought ah, man, publishing is just math?

Then he encouraged us to start the Self Publishing Podcast and we were doing the podcast for a year before we actually did anything together.

Unicorn Western started as a joke on the show and that was the first thing we ever did.

Garrett was just a nag. Garrett was somebody who would call in and leave questions. He would send us typos and it was really cool.

There was a joke about non-zombie on one of the early shows and he went out and busted out a couple of non-zombie books.

Garrett was just somebody who proved that he had ideas and he was a hard worker and kind of just wedged himself into the mix.

That’s the point. There is no prescribed way of meeting people or becoming collaborators with them.

It really is a natural process.

I met my wife because she was a customer at my flower shop. I love that story. I love that that’s how we met. I cannot imagine that we would have the relationship that we have if we had met in a bar. It’s different.

You have to let life happen.

There are many great ways to meet awesome collaborators. You just have to keep your eyes open and know what you’re looking for.

Be active in a community. That’s how Garrett met us.

Make friends. That’s how Dave met me. He reached out.

Work with someone who is doing what you want to do. That’s Johnny got us all started on the Self-Publishing Podcast.

The point is just keep trying. Just keep looking. Keep your eyes open, and your first collaboration may not work because again, not every one you date ends up someone you’re in a long-term relationship with.

Don’t force it. Don’t think too hard about it. Open your eyes and get out there, make friends and make collaborators and get started now.