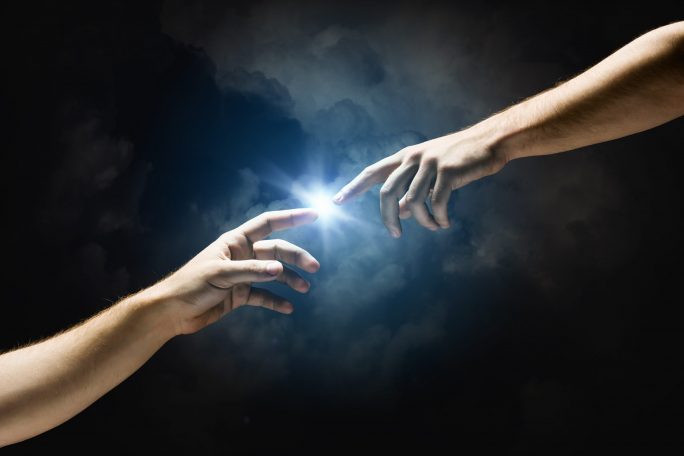 Today we’re going to talk about deus ex machina, and this is something that we’ve talking about a little bit on The Self Publishing Podcast.

This is one of those terms that’s tossed about and people don’t always know what it is and so that’s what this question is. What exactly is deus ex machina?

And once we talk about it, how would you use it or not use it depending on what it is.

My favorite example of this isn’t even writing. It’s James Bond movies. Especially the earlier James Bond movies, they’ve gotten a little smarter about this and they’ve removed some of the deus ex machina.

If you’ve ever watched some of the earlier ones where an assassin will get James Bond in the sight, and the assassin is on a building or something. They’re lining up on James and then something happens to the assassin that has nothing to do with James Bond.

A rock hits the assassin in the head, or some other bad guy comes up behind the assassin, or a truck drives between the assassin’s gun and James Bond.

The reaction as a viewer is always, well, that’s convenient.

It was just pure luck. Or in this case, it was the God in the machine.

It was the author, in that case the scriptwriter, or in a book it would just be the writer, who has just decided that that character will live and they are therefore anointed, and why does this happen? Well, because I say it.

Because the God in the machine of the story just hereby decrees that that occurs.

In most cases, deus ex machina is a bad thing.

If you’ve ever thought boy, that was convenient that that occurred in a story, that is deus ex machina. 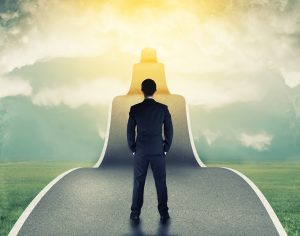 What keeps stories interesting and realistic is that one event follows from another in a way that ultimately serves the story.

If you wrote a book that relied heavily on luck, I’m think of a scene in one of the later Harry Potter books, where Harry takes a potion that gives him good luck for a day. And then a lot of lucky things happen.

Basically, in that case, the author has written in a way to go ahead and use deus ex machina because it’s explained that that’s the mechanism that that is luck.

Usually it’s not a good idea.

If you need John and Sally to run into each other, and they’re in different cities, you can’t just suddenly be like well, John just decided to take a flight and he just happened to end up in the exact same Starbucks as Sally and boom, they ran into each other.

Then you as the author get to skip along your merry way because you have achieved the scene that you needed.

Thrillers tend to skirt the line with deus ex machina a lot. This happens and then this happens and it’s all very convenient, but if the author is skilled, then there is a logical reason for those things and that the reader will see that it couldn’t happen any other way.

If you want to avoid this, always try and think of what are logical ways that I can build in for a certain scene to occur?

The non-deus ex machina way to keep James Bond from being killed is that if James’ agency has been watching the scene and they’re watching for this interaction, and they saw the assassin, they noticed it, and then somebody like Felix Lighter gets in and he drives the truck.

That’s the sort of thing that might make sense.

There’s a reason for it. It’s not just some random van.

Or in my stupid Sally and John example, then you need some reason that those two people are connected and that it just makes sense for them to get together. 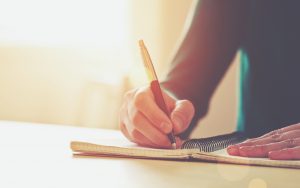 You have to build those things into the story.

There have been many, many times in our stories where we’ve needed something to occur.

One scene in particular where I was in the middle of writing it, and I’m a semi-panster, meaning that I know what’s going to happen, but I fly by the seat of my pants within a scene itself.

There was a character who was bothering two people who were trying to have a conversation privately, without this guy overhearing.

I needed a way to get rid of that guy.

I wanted one of the characters, this was in The Nightmare Factory and it was Cora. Cora needed to convince this liaison to leave in a way that kind of outsmarted him.

She was kind of Yoda-ing him. She needed to do something with her own wiles to get this guy to leave. It needed to be her doing.

In the midst of the scene I invented, The Nightmare Factory is in The Dream Engine world, so there’s this mythology with dreams, that she knew something about him from his dreams, from accessing his dreams.

I inserted it, and then she gave it to him and he got scared and he ran away.

The problem is that even though I’d given a reason for it, it’s deus ex machina because look at how convenient that was that we needed an excuse and it’s right there.

So, the way I solved it was I went back earlier in the story and seeded things that indicated that Cora would have access to this guy’s dreams, that we knew he was troubled by something.

So that when it occurred in the story and she was able to remember this one thing, it didn’t come out of the blue and it didn’t seem like a God in the machine just making something mechanically happen that shouldn’t have happened otherwise.

So, if you keep these things in mind, your stories are going to be much more believable and you can void the dreaded deus ex machina.