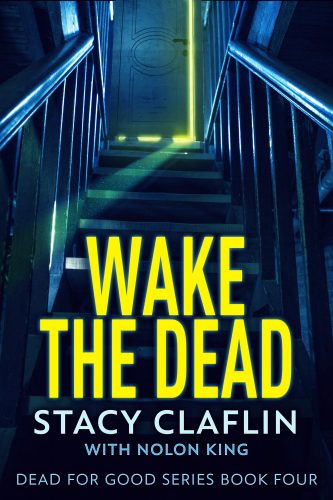 Assassin Brad Morris has finally been arrested for murder, but not for a murder he actually committed. Now he’s cooling his heels in jail — his lawyer seems to have forgotten him, and his boss might have betrayed him.

Just as he’s starting to lose hope, he gets a visit from the CIA. Agent June Bancroft has an offer for Brad: full immunity, if he’s willing to spy on his boss and fellow assassins for her. Worse, Bancroft wants his daughter Hadley’s help, too.

Brad agrees, but soon finds out how hard it is to answer to two bosses while pursuing an agenda of his own.

Can Brad keep his family safe while operating as both a CIA asset and an assassin? Or will his double life destroy everyone he loves?

Wake The Dead is the fourth book in the new Stacy Claflin and Nolon King thriller series, Dead For Good. Pick up your copy today!