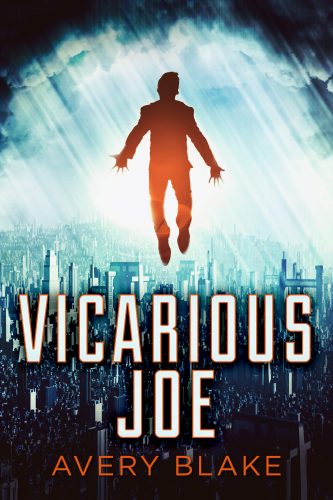 When twin brothers Gary and Kenneth Cartwright were teens, both suffered significant pediatric strokes. Gary was the “lucky” one, only partially paralyzed on his left side. Kenneth’s stroke, followed by an aneurysm and complicated surgery, left him unable to do more than swallow and move his eyes.

With the help of an experimental system called Vicarious Joe, Kenneth has not only overcome his physical limitations, he has learned to thrive as a motivational speaker and has even become engaged to a beautiful nurse. Thanks to his incredible triumph over adversity, Kenneth is always the center of his family’s attention.

Meanwhile, Gary stumbles through life in the shadow of his inspiring brother. His disability wasn’t enough to qualify him for the Vicarious Joe treatment. But when he meets one of the programmers who helped create the technology, Gary embarks on a bootlegged virtual adventure of his own.

Until it all comes crashing down around him and he finds himself running for his life.

Vicarious Joe is a new stand-alone novel from Avery Blake that investigates what happens when our technology outpaces our ethics. Perfect for fans of Black Mirror and The Twilight Zone.