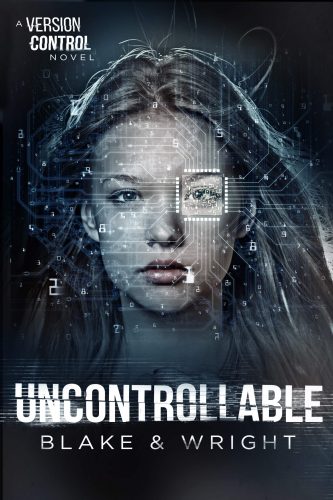 In the near future, Elites get a chip implanted that allows them to temper their emotional highs and lows, so that they can become the best version of themselves.

But Organics — people who either can’t afford the chip or oppose it on moral grounds — are susceptible to depression, anxiety, and other mood disorders that interfere with performance. Organics receive poorer education and fewer opportunities for success in a world where near-perfection is expected.

SHE FEELS TOO MUCH
When 16-year-old Organic Julianna moves into the wealthy gated community of Haven, she discovers that fitting in is near-impossible. She begs her parents to get her a chip to manage her crippling anxiety and depression, so that she can be more like her classmates.

HE’S TIRED OF NOT FEELING
When Julianna falls for the neighbor’s son, an Elite named Claudio, the two teens start dating behind their parents back. Curious about Julianna, Claudio finds a way to disable his chip — and when he begins to feel for the first time in years, he’s furious that he’s been missing out.

WHEN FEELINGS RUN RAMPANT
Neither Claudio or Julianna understand how far their parents will go to keep them apart. Is their love strong enough to survive? Or will it lead them down the path of mutual self-destruction?

Uncontrollable is a Version Control book, a new SciFi collection of stand-alone novels that investigate what happens when our technology outpaces our ethics. Perfect for fans of Black Mirror and The Twilight Zone.