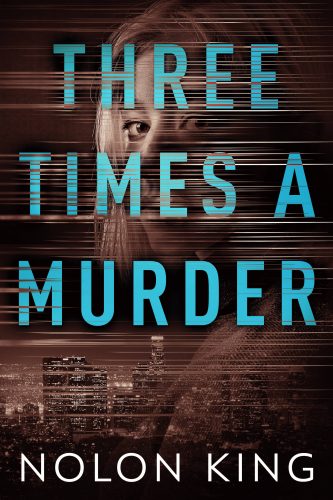 Three serial killers, two detectives, and one chance to survive.

After less than a year in prison, the Grimm Reaper has escaped from Black Meadow super-max. Chelsea Sullivan is horrified — not only did she help put him away, she was also the last woman he targeted, escaping only with Jim’s help. The Grimm Reaper is coming for her, and he won’t let her get away again.

Jim McPherson is determined to keep his partner safe, and he’s not above bending the rules to make that happen. He might need to because clearly, the Reaper has missed killing. He gets right to work — two “fairy tale” victims are found almost immediately. But while the media is quick to report he’s active again, Jim and Chelsea aren’t so sure. They think they have a copycat on their hands.

Now they have two murderers to catch, despite overlapping evidence. Once they manage to separate the cases, they find a third killer is operating in Steel City. And he might be the most dangerous and disturbed of them all.

Three Times A Murder is the third and final book in Nolon King’s new Once Upon A Crime Trilogy. Start reading your favorite new series today!

Authors: Nolon King Series: Once Upon A Crime Genre: All, Mystery/Thriller/Suspense