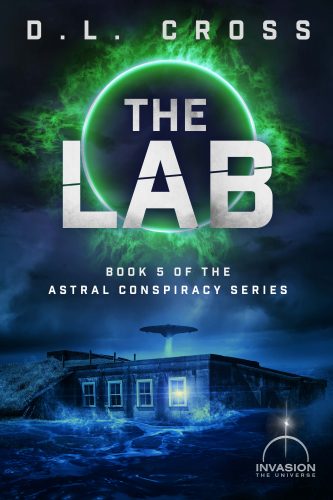 Time is running out for the planet. The twins insist on traveling to Illinois to find Jovian, their grandfather. He’s been communicating with them telepathically and promises he has all the answers the Resistance has been searching for.

He does, but they come at a cost. A steep cost.

Now Reverie and the Resistance must make their last stand: the Astrals have judged humanity and found it lacking. Annihilation is coming, unless Jovian can deliver on his promise.

Earth’s best chance is deep in his laboratory under Monks Mound.

And the old man has one last surprise no one is expecting.

The Lab is a taut, fast-paced Indiana Jones meets Falling Skies style thriller that spans the globe and digs deep into humanity’s past, unearthing mysterious artifacts and clues to aliens’ motives for invading our world. It is the fifth book in the Astral Conspiracy Series, set in the world of Platt and Truant’s groundbreaking Invasion Universe – the original series with over 1000 5-star reviews.