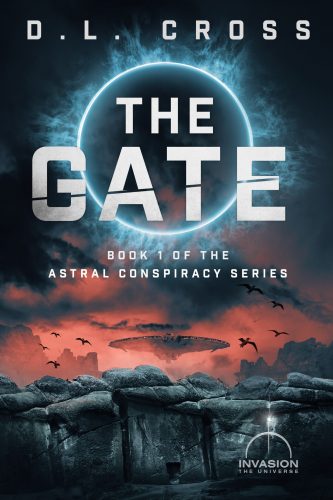 He lost his job. He lost his girl. Now it’s all he can do not to lose his life.

Landon Thorne is a disgraced archaeologist, a laughing stock in his field because of his unconventional beliefs – he’s an ancient astronaut theorist. No one takes him seriously.

Until an alien armada targets Earth.

Now Landon’s in high demand – by the US government and someone far more sinister.

They race across two continents to the Gate of the Gods, the one place on Earth that might give humans an advantage over the aliens. But no one is prepared for what they’ll find.

And not everyone will make it out alive.