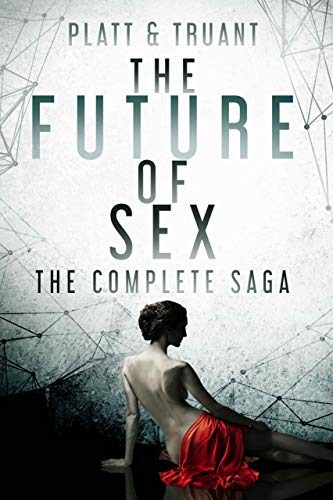 In a future that’s lost its soul, a prodigy rises.

In the year 2060, an omnipresent network has made humanity into something new. Thought has been hijacked. Emotion has been co-opted. Sensation has been ramped up to eleven, and “what feels good” is all anyone needs.

The monolithic O Corporation is the most powerful entity in what remains of the world, having manipulated society’s values for decades in the name of profit. O’s leader Alexa Mathis is genius, ruthless, obsessed with the idea of finding a digital savior nobody else believes in — and swings power even the rulers don’t know she has.

Enter Chloe Shaw: too young, too inexperienced, and too naive for the task before her. In name, Chloe is an escort — the highest of the high in a world where sex is queen. But to those who’ve been searching, Chloe seems to be much more. Someone with strange abilities no one can explain. Someone, it seems, who’s able to control the next-gen AI network on the horizon — an omniscient and nearly omnipotent entity known as The Beam.

Is Chloe who Alexa thinks she is? As society reaches its tipping point, she must try to stake a claim for our future … before our future is decided by The Beam.

Sex sells, yes. But it’s never sold quite like this — with the soul of humanity as its ultimate price.

The Future of Sex is a 12-episode serial that takes place in Platt and Truant’s award-winning world of The Beam.