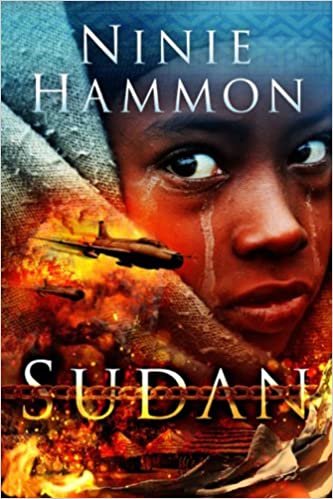 Is a father’s love stronger than the chains of slavery?

Sudan 2000. The largest nation in Africa has become a killing field. Two million tribal people are dead, victims of a brutal civil war or massacred by their own government in systematic, cold-blooded genocide. But that’s not why human rights photojournalist Ron Wolfson is risking his life there. He’s chasing action and danger on a different adventure–investigating reports of human trafficking, rumors of women and children who are auctioned off to the highest bidder and then vanish into the brutal shadow world of modern-day slavery.

When Arab Murahaleen guerrillas attack a small Dinka village and kidnap a little girl named Akin to sell on the slave market in the North, her father, Idris, goes after her–looking for one child among the hundreds of thousands who’ve already disappeared–and Ron joins the simple villager in his desperate mission. Ron’s brother, a U.S. congressman, wages a battle just as desperate against apathy and indifference to force international political pressure on the government of Sudan, while Ron tracks the phantom story he knows is out there somewhere.

Determined to capture on film the horror of human beings in chains, sold like cattle, Ron incurs the wrath of a ruthless slave trader. Now, he and Idris face savage retaliation and a heart-breaking end to their quest.

Awaiting dawn and an unthinkable execution broadcast live around the world, the American journalist and the Dinka villager are forced to place their lives and the fate of their mission into the hands of a bloodthirsty mercenary and an orphan boy. Together they forge a reckless plan, their only hope of escape. But it may already be too late.

And it may be too late to save the little girl before her innocence is stolen and she vanishes forever into the belly of the beast.