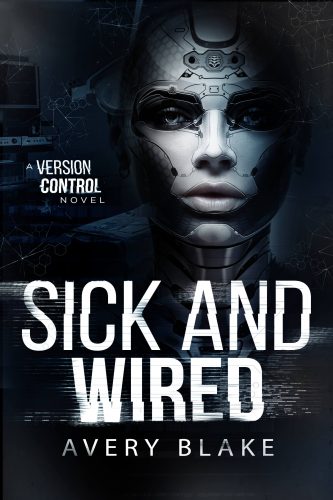 Humanity is in the eye of the beholder.

Wealthy and isolated by the greed of those around him, Anders Flynn is tired of people trying to take advantage of his dying mother. Burnt by thieving nurses and fighting off a manipulative aunt who wants the family fortune, Anders decides it would be far easier to have a robot caregiver look after his mother. At least the robot, Asa, will be honest and easy to control.

But as Anders gets to know Asa, he realizes that she’s far more sophisticated — and unpredictable — than advertised. Can he trust a robot whose motives he can’t comprehend to care for the person he loves most?

Sick and Wired is the new installment of Version Control, a series of standalone books that all ask the question what would happen if our technology began to outpace our ethics? If you like Black Mirror, you’ll love Version Control.