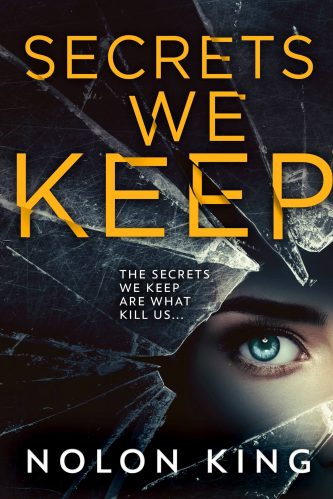 From the best-selling author of Pretty Killer, No Justice, and 12 comes Secrets We Keep, an intense new stand-alone thriller.

John thought what happened in London would stay in London. He was wrong.

As a successful author with a wife and two daughters he adores, John Treadwell should be happy. But while an ocean away from his family, he drunkenly hooks up with one of his biggest fans to chase away the loneliness.

After his one-night stand, John is sure he’ll be able to hide this moment of weakness from his family. After all, the woman he slept with lives in London, and there’s no way they’ll ever see each other again.

But John isn’t about to get away so easy. His biggest fan has grander plans than just a single drunken night …

An intense psychological thriller that explores the ways secrets can destroy those who hold them, Secrets We Keep is perfect for fans of Darcey Bell and Harlan Coban, or movies like A Simple Favor and The Hand That Rocks the Cradle.

Warning: Secrets We Keep is a tense psychological thriller that includes adult language and situations. While it is all within the context of the story, some readers may find this content offensive. Intended for mature audiences.