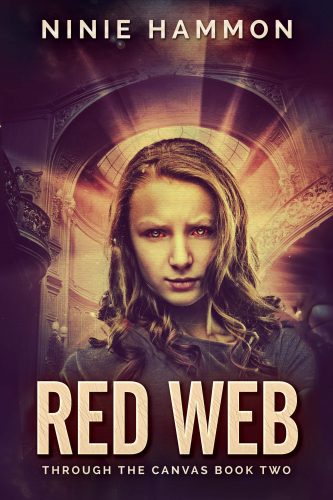 From Ninie Hammon, the sorceress of psychological suspense comes the next installment in her thrilling new Through The Canvas series you won’t be able to put down.

To save the missing children, Bailey Donahue must first untangle the web of secrets…

A boy disappears from an elementary school playground in the sleepy town of Shadow Rock, West Virginia. As the local sheriff hunts for the missing child, two more children disappear and Bailey Donahue knows she must step in to help.

She turns to her “gift”, the ability to paint scenes of mysterious crimes and events that haven’t happened … yet.

But the picture she paints is of the wrong child, a girl, who doesn’t match the description of anyone in town.

Bailey teams up again with T.J. and Dobbs to find the girl in the painting and discover the connection to the kidnapped children. But the tangled web of secrets surrounding the little girl leads to an incredible discovery that’s darker and more deadly than any of them could have imagined.

Will they be able to save the children in time? Or will they become victims themselves?

Red Web is the second book of Ninie Hammon’s new series, Through The Canvas: A riveting psychological thriller series about an ordinary woman ripped from her life, and drawn into dark and thrilling tales by mysterious forces she can’t explain.

Get the whole Through The Canvas series today and start a reading journey you won’t want to end!

Authors: Ninie Hammon Series: Through the Canvas Genre: All, Mystery/Thriller/Suspense