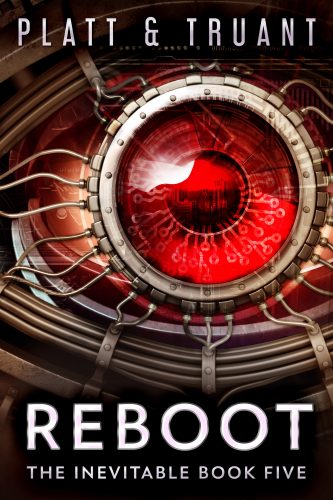 From the bestselling authors of Invasion and Yesterday’s Gone!

Something is coming to reboot the world and wipe the slate clean. Robot and humans are now both endangered species.

400 years after the Hard Reset, Profusion awakens to sentience. It is a force, unlike anything the world has ever seen, able to strip entire cities of all signs of human and robotic life, leaving only bones and silica in its wake.

On the moonbase Minerva, Jonas Lexington, kept alive in a robot body, has been subjected to centuries of torturous tests and experiments in the desperate hope of creating metakind. When the final tests fail, Chantal stages a daring rescue that sends Jonas and his sisters, along with a small group of robots, hurtling back to earth to reunite with long lost friends and foe to face the coming danger.

Ancient robots and war heroes, Mars, Cromwell, and Barney must take a journey to meet an old friend, while a representative of Oceanic law enforcement must join forces with an old friend in a new body to help save the world.

Can they unlock the mystery of metakind in time to stop the destruction?

Reboot is the fifth book in the world of THE INEVITABLE — a unique take on dystopian science fiction which combines the spark of uprising and war with surprising insights into the human condition … through artificial eyes.