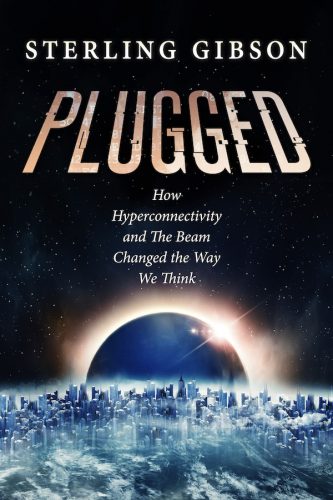 How Hyperconnectivity and The Beam Changed How We Think

Are We Who We Were?

Throughout the 21st Century, our world (at least for those of us inside the NAU) has become increasingly connected. So much so that we really are now thinking as a single fluid organism, changing not just how we live our daily lives, but who we are as a species. In Sterling Gibson’s newest thoughtful exploration, one of the NAU’s most renowned thinkers explores and illuminates how hyperconnectivity and The Beam have changed us forever.

Plugged is a “nonfiction written as fiction” book in the world of the sci-fi series The Beam.

Plugged explains how the world of 2097 evolved from our world of today, answering such questions as: