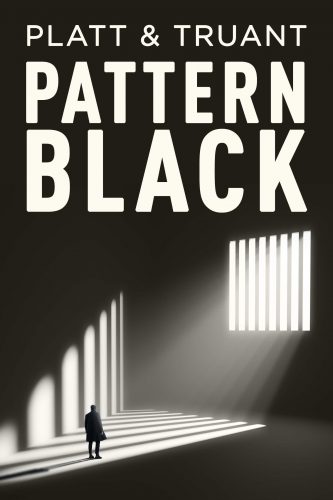 A city-sized prison with little oversight and a snitch economy is the worst place for an ex-cop. Especially one who is losing his mind.

Once a respected police officer, Mason Shaw’s father threw away his career by going rogue and landing himself in Revival’s privately-run prison, HRO22.

Now Mason is following in his father’s footsteps — he’s an inmate with no hope of parole and only two ways out: Chamber Therapy or a body bag.

Chamber Therapy promises the miracle of criminal rehabilitation, curing prisoners of their criminal tendencies. But the flip-side of Chamber Therapy’s success is its ultimate failure: Pattern Black — the total disintegration of identity that drives the prisoner insane.

Worse, Revival seems to be hiding what happens to the prisoners once they go Pattern Black.

As Mason makes his way through his new reality, a mysterious Preacher seems to haunt his every move. His only hope is Immunity, a rebel group led by a hacker named Calliope, who’s trying to fight the system from inside.

Can Mason find the truth — and expose the dark secret behind Chamber Therapy — before Revival finds a way to shut him up forever?

It’s Escape from New York meets The Matrix in this fast-paced, heart-pounding SciFi thriller by best-selling authors Johnny B. Truant and Sean Platt.