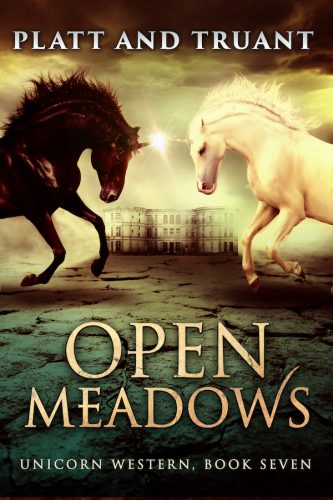 From the bestselling authors of Yesterday’s Gone, The Inevitable, Invasion, and Fat Vampire comes Open Meadows: Unicorn Western Book Seven, a reinvention of both the western genre and unicorn lore.

The journey nears its end as the gunslinger and the unicorn approach the Realm, the ancient land of magic from which they were banished long ago.

As the confrontation with Dharma Kold ramps up to its inevitable conclusion, the most epic battle in centuries begins to shape up.