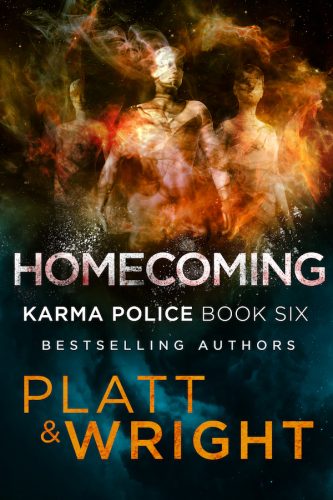 From the bestselling authors of Yesterday’s Gone and WhiteSpace.

One more day in a body that doesn’t belong to me. Another day further from a life I can’t remember.

My name is Ella. Or at least that’s what I believed. Until Ben Shepherd revealed that I’m not who – or WHAT – I thought I was.

I’m a pawn in a war between humanity and the next evolution of mankind.

I can choose to no longer be lost in limbo. I can have a normal life, and save the only family I’ve ever known- but to do so, I will have to side with an enemy that wants to unleash a psychic virus that will destroy humanity.

★★★★★ “This story has great twists and turns. The final book keeps you hooked till the end. I enjoyed the character development throughout this series.” — Bookit

★★★★★ “This intriguing series comes to a satisfying conclusion with book 6. It features a genre of literature in which both authors seem to relish and excel. The writing is crisp, clean and easy to read; the sense of pace and timing spot on.” — R. Nicholson

★★★★★ “Homecoming is a satisfying ending to the Karma Police Series. I am sad to see the series come to an end because I enjoyed getting to know the characters and sharing their adventures.” — Agony is the script of my Requiem

Homecoming is the sixth and final book in the Karma Police series, for fans of Quantum Leap, Minority Report, and Person of Interest.