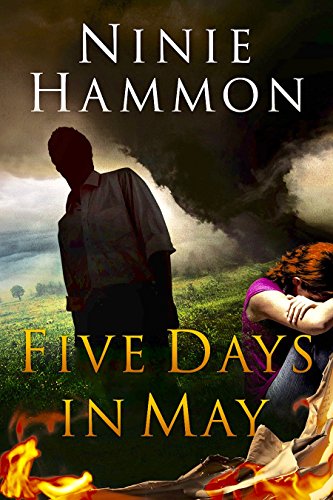 Three members of the McIntosh family are setting up appointments with death, marking it on their calendars for Friday, May 10, 1963. That’s the day an F5 tornado will obliterate everything in its path in a mile-wide trail of desolation across Oklahoma—and their little town is in its path.

Pastor Mac McIntosh lost his faith when his wife died–it’s time now to end the charade. His 16-year-old daughter and his father-in-law are arranging to actually kill somebody that day. For one it’s an act of hopeless desperation; for the other, a final declaration of unconditional love.

Add to the three with death plans a mysterious inmate called Princess. At 5 o’clock that Friday afternoon, the state of Oklahoma is scheduled to strap her into an electric chair named Sizzlin’ Suzie and turn on the juice.

But when Mac grudgingly agrees to meet daily with Princess during her final five days, everything changes. Princess has watched Mac and his family for years, looking out through someone else’s eyes. She speaks into Mac’s heart with insight and grace, while in her own heart she harbors a secret she’s determined to carry to her grave about the little sister she confessed to beheading 14 years ago.

Princess knows the monster tornado is coming. She calls it The Big Ugly and she pleads with Mac to run! But by then, it’s too late. For all of them.