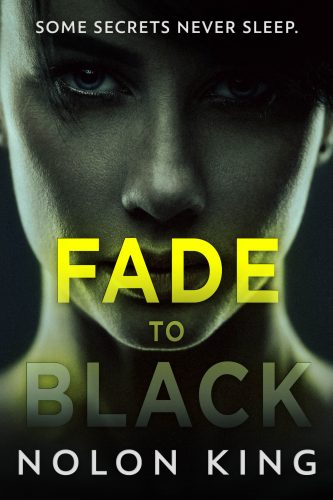 From the best selling author of Pretty Killer, No Justice, and 12 comes Fade To Black, a new stand-alone thriller in the Bright Lights, Dark Secrets Collection.

HE STOLE HER CHILDHOOD. SHE WON’T LET HIM STEAL HER DAUGHTER’S.

Child actor Sloane Alexander blew up her life by accusing producer Liam Winston of trying to seduce her at the budding age of 12. Winston blacklisted her, convincing the world that she’d lied for the attention, hoping it would boost her career.

Almost two decades later, after a promising start as an indie filmmaker in Europe, she’s returned to direct her first Hollywood movie — projecting Winston’s sins on the big screen, but with a fictional ending where the producer is punished for his pedophile ways.

But when tiny acts of sabotage on set snowball into terrifying threats — against Sloane, and against her 12-year-old daughter — she wonders if she should’ve let this secret stay buried.

Will Winston silence Sloane for good this time, or will she find a way to expose the ugly truth while still protecting her daughter?

A breath-stealing, suspenseful thriller, Fade To Black is the sixth book in The Bright Lights, Dark Secrets Collection, perfect for fans of Darcey Bell and Harlan Coban.