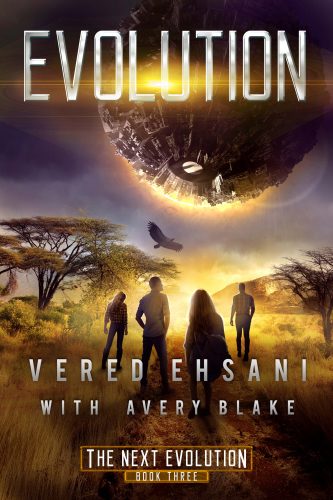 To survive, they must evolve.

The Walker crew has survived despite an alien invasion and the chaos it created. Even better, they’ve managed to keep the device that might protect them from what happens next.

But a terrible calamity is coming.

Only a few will survive.

And the device has room for only two people.

Worse, their alien pursuers won’t give up that easily — they’re willing to use all the resources of their armada to stop the humans from foiling their plan.

If they’re going to survive, they’ll need to evolve. But evolution isn’t for everyone.

Evolution is the third and final book in the Avery Blake and Vered Ehsani series, The Next Evolution. Discover your new favorite SciFi series today!