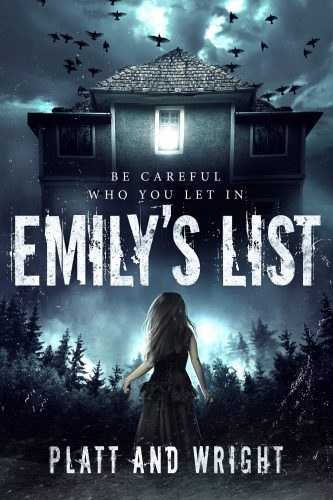 All Cora wants is a new start. But when your problems come back to haunt you, how far will you go to exorcise them?

But her new start is shattered when she fails to suppress her OCD tics in class. She finds herself targeted by bullies again. New town, same loneliness and shame. She’s afraid to turn to her overworked mother, who is already worried about her mental health.

Then Cora meets Emily, the only person who gets her. Homeschooled Emily has suffered serious abuse, and she has a list. A list of people who have hurt her. A list of people that includes Cora’s bullies. And Emily wants Cora’s help in getting revenge.

Can Cora find a normal life by striking back at her tormentors? Or is she being lured into a darkness that will consume the sanity she’s desperately clinging to?

Emily’s List is a character-driven suspense thriller full of dark secrets and twisted revelations, perfect for fans of Thirteen Reasons Why and The Haunting of Hill House.