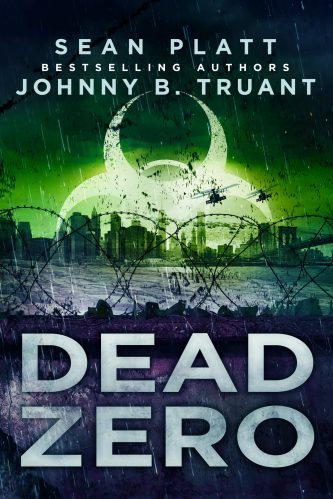 From the bestselling authors of the Invasion and Yesterday’s Gone series comes Dead Zero, a gripping biological technothriller that delivers a heart-pumping race against the clock to survive the first wave of the zombie plague …

Taking Grandpa to the mall wasn’t supposed to be a life or death (and after death) situation.

Thom Sheldon avoids visiting his aging father as much as he possibly can. Even now that Rick started taking a new experimental drug that seems to be helping his Alzheimer’s, it’s still an unpredictable and rarely pleasant errand.

If Thom could avoid visiting his old man without getting guilt-tripped by his wife or hounded by his own conscience, he would.

But today Thoms’ wife Carly and son Brendan are along for the ride, and there is no getting out of taking Rick to the mall.

No one could have guessed that the zombie apocalypse would start near the food court.

This is how the apocalypse starts …