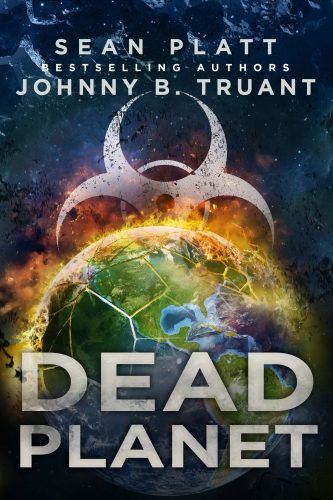 From the bestselling authors of the Invasion and Yesterday’s Gone series comes Dead Planet, a  biological technothriller that blends real-world genetic engineering and high-stakes corporate espionage to deliver a heart-pumping race against the clock to save humanity from the zombie plague…

The United States and the United Kingdom are lost to the necrotic plague.

Europe, desperate to keep the disease from its shores considers the most drastic of measures: nuking the US and UK to eradicate the disease entirely and start over.

Meanwhile, pieces move around the puzzle inside the States until we learn that Necrosis has a natural course that, if we leave it alone, will reach a new evolutionary equilibrium instead of devolving into mindless biting and chaos.

But if we let necrotic nature take its course, will there be any uninfected left to survive it?

Dead Planet is the final book in the Dead World Trilogy, an intelligent, hard science fiction exploration of the zombie sub-genre. It’s like The Walking Dead meets The Andromeda Strain. Read the complete series today!