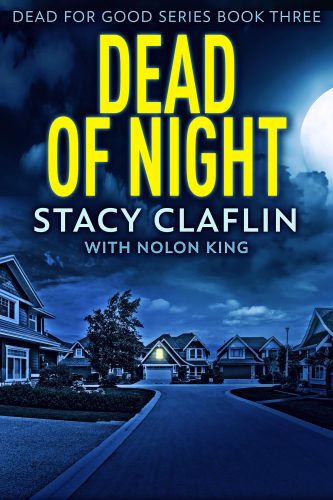 Brad Morris isn’t the only killer in his family.

When his teenage daughter Hadley accidentally kills her friend, Nate, Brad knows exactly how to cover it up — as an assassin, he’s been getting rid of bodies for years.

But he has no idea how to shepherd his daughter through the guilt and remorse that’s eating her alive. Despite everything Brad does to keep her out of jail, she still wants to confess. Brad doubts that the police will believe Hadley’s claim that Nate was threatening her, and he can’t bear to see Hadley go to jail.

Worse, the social worker who’s searching for Nate won’t leave the Morris family alone. Unless Brad finds a way to pin the murder on someone else, it’s only a matter of time before Hadley lets the truth slip out.

Will Brad’s false trail lead the police and the social worker to a believable dead end? Or will he have to confess to Nate’s murder to save his little girl?

★★★★★ “This series gets better with each book. There are so many twists and turns. This family could be any family in our neighborhood, but man, do they have the bad luck! At the end though, we do find out, there will be another book, and for that, I am do happy!” — Brian Tabatha Robinson

★★★★★ “The entire series from book one to now book three, leaves you wanting more. This family is the poster family for dysfunctional family but with a twist. Seriously funny but also scary.” — J.T.F.

★★★★★ “A fantastic collaboration, well written and I found myself easily drawn into the story though I did want to slap Brad and his wife a few times and was sat here shaking my head at others it’s a thriller I simply cannot put down!” — debbie

★★★★★ “I was hooked from the first chapter! The twists and turns just kept on coming. This is a very well developed thriller with so much drama and suspense. I just never knew what would happen next. I highly recommend this thriller.” — Sammye

Dead of Night is the third book in the new Stacy Claflin and Nolon King thriller series, Dead For Good. Pick up your copy today!