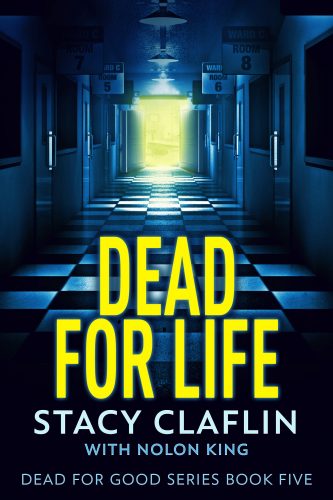 Brad Morris has finally been promoted at work. It seems like his hard work and talents have at last been recognized. But nothing is ever simple when you’re an assassin.

Especially not when you’re also secretly working for the CIA to spy on your boss and colleagues. And your oldest daughter will go to jail for murder if you fail.

When poor Hadley starts to crack under the pressure, Brad is forced to check her into a psych ward — but she’s still threatening to confess. Meanwhile, the CIA sting gets more complicated by Agent Bancroft’s insistence that Brad hire her to be BlueBlade’s newest assassin.

Can Brad and Hadley keep their stories straight long enough to get Bancroft the answers she’s looking for? And will Brad finally solve the mystery of his own father’s murder?

Dead For Life is the fifth book in the new Stacy Claflin and Nolon King thriller series, Dead For Good. Pick up your copy today!