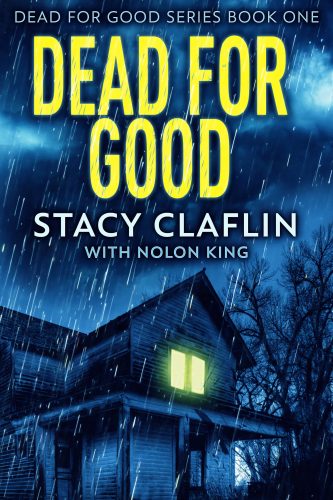 When your only alibi is a dead man, you don’t have much of a defense.

Brad Morris likes to think of himself as one of the best: an assassin at the top of his game. For years, he’s juggled family and work — attentive husband and loving father by day, cold-blooded killer by night.

But when the charismatic neighbor that Brad openly despises turns up dead on the same night he was out on a hit, Brad suddenly finds himself a prime suspect. His wife lies to the police but her lie only lands him deeper in trouble, and it’s clear she thinks he might be guilty too.

Brad’s being framed and he knows it, but it’s nearly impossible for him to prove his innocence without admitting he’s an assassin.

Can he catch the killer without endangering his family — or blowing his own cover?

Dead For Good, Book 1 is the first book in the new Stacy Claflin and Nolon King Dead For Good series.