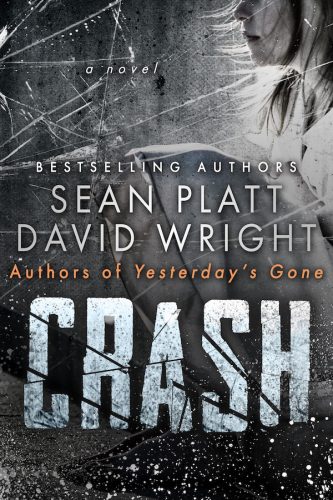 From the creators of the #1 horror and sci-fi series, Yesterday’s Gone, comes their first non-series book, Crash.

Sometimes the ghosts that haunt us most aren’t the dead.

It has been nearly a year since writer Thomas Witt lost his daughter in a horrible car accident which nearly killed him. He and his wife are attempting to have another child and put their lives back together.

However, he can’t move on.

In addition to his daughter, there’s something else missing — specifically his memories for six months prior to the accident.

He finds himself obsessively drawn to accident scenes where he photographs the carnage in an attempt to reclaim his memories.

But what he finds in the photographs may just destroy him.

Crash is the first non-series book from The Kings of the Serial and bestselling authors, Sean Platt and David Wright.