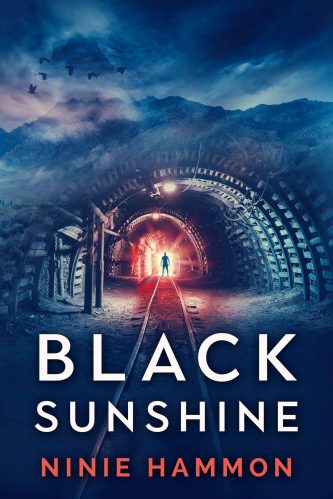 Some secrets won’t stay buried with the corpses … not even under a mountain.

Ever since a rescue team dragged an unconscious Will Gribbins from the rubble of the explosion that killed twenty-seven miners in the Harlan #7 Coal Mine, shame, guilt, and fear have gnawed at Will’s soul. What happened down in the dark of the mine after the explosion has dogged him for decades and reduced him to a homeless, under-the-bridge drunk.

But now Will has finally stopped running. Clinging desperately to the precepts of a twelve-step program, he comes home to the mountains to seek impossible forgiveness, and to confess what he did—only to discover that the truth about what really happened that day in a mile-deep hole under Black Mountain lies in the magical coal statues carved by a handicapped boy. But his return has lit a fuse that could explode into murder.

With painstaking research, Ninie Hammon has created a dark, dangerous world, accurate to the smallest detail. If you love gut-wrenching suspense and a dusting of “the unexplainable,” step into the forever night of Black Sunshine’s coal mines. But don’t go too deep or stay too long. Or you might meet the mother of all terrors—being buried alive, gasping for breath until there’s no air left.