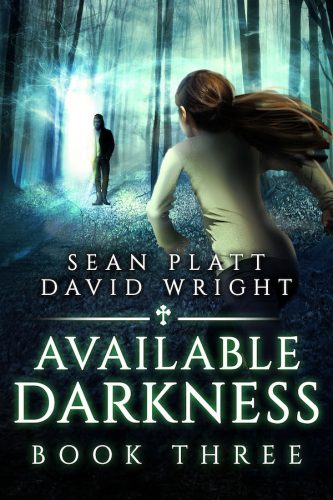 In the conclusion to the Available Darkness trilogy, the paths of vampire brothers John, Jacob, and Caleb converge in an epic battle for two worlds.

The vampiric Valkoer have been exiled to the Forgotten Kingdom on Otherworld in the Great Purge. The technologically advanced North, with help from The Hand of the Seven Gods, control their magick and keep the population of deviants, monsters, and slave traders contained. Jacob’s father, the Valkoer King, refuses to fight for their freedom.

But Jacob has collected the six crystals, and he threatens to unleash the power of the Last Great Wizard, triggering a war that will destroy Otherworld and enslave the humans remaining on Earth.

Caleb has reluctantly partnered with The Hand of the Seven Gods to destroy Jacob, while 11-year-old Abigail is searching for freedom from her violent past. When John returns in search of Abigail, he joins the forces fighting to save Otherworld.

Will the unlikely allies have the power to keep Otherworld safe from Jacob and the Valkoer?

In this fast-paced, terrifying clash between good and evil, bestselling authors David W. Wright and Sean Platt conclude the Available Darkness trilogy in a gripping struggle for two worlds.

Praise for the Available Darkness Series

“These guys write in a way that keeps you turning pages (too late at night) and wanting more of each story they do.” – Dave Horton

“One of my favorite series books in their collection, definitely leaves you hungry for more. These two authors have consistently produced one great read after the other.” – Jellydnut