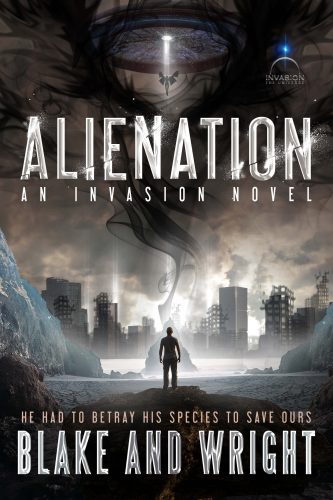 He had to betray his species to save ours.

Ash thought he was a normal guy with a normal life: a wife he loved, and a stepdaughter who resented him.

Until the day he gets pulled over by a cop who is more than he seems, and that illusion is shattered in one violent revelation.

Ash isn’t who, or what, he thinks he is.

His memories have been wiped to protect himself and the world, and the only way to save the world from the looming alien invasion is to rediscover his past lives and destroy The Puncture, a powerful device that the aliens are seeking.

But to do so, he’ll need to rely on the last person in the world who wants to help him: his step-daughter, Darcy, who hates him for the tragedy that he brought into their lives.

Set up for a crime they didn’t commit, and hunted by an alien posing as an FBI agent, Ash and Darcy must race the clock to find The Puncture before the aliens do. The fate of humanity hangs in the balance.

But first, they’ll have to survive one another.

Alienation is the new standalone novel set in the bestselling Invasion Universe. Pick up your copy today!