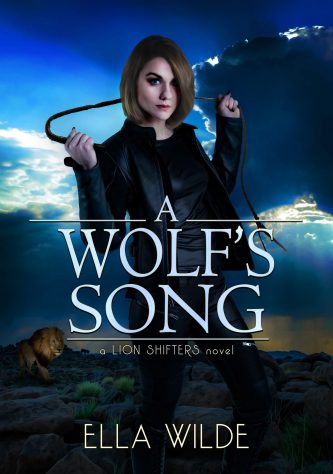 It’s going to be a night to remember, and not in a good way. When election violence combines with the storm of the century, Nairobi becomes an even more dangerous city than usual. The lion Shifters retreat to their Prideland, under strict orders from their king to stay at home.

Trouble is, Isaac Kiprop was never one to follow the rules. While the other lion Shifters settle down for a long night, Isaac has other plans: his last burglary job for the hyena queen. After that, he’ll be free, or so he tells himself. And he’s confident he can get away with it, until a pretty but irritating, know-it-all wolf Shifter crashes his party and his heart.

Dr. Lara Kraft is on a mission, one that doesn’t involve Isaac and his never-ending efforts to push her buttons. Her research takes her into the territory of a dangerous criminal game, and all her carefully laid plans go awry. When Lara learns the truth about the hyena gang’s latest assignment, she’ll do anything to stop them. But good intentions have a way of getting complicated, especially when Isaac is involved. Will any of them survive the ensuing chaos?

Join the Kiprop Pride and escape to a land where everything is possible. A Wolf’s Song is the fifth book in “The Lion Shifters” series. Start your adventure today!