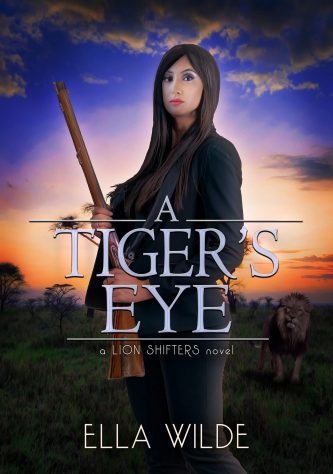 Fun-loving Tana “Tiger” Shah is about to lose everything, including her freedom. When her estranged mother shows up at her doorstep with an indecent proposal, Tiger must make a decision: give up her home in order to pay off her family’s debt and preserve her honor, or marry a man she doesn’t know. Although her heart says no, love doesn’t pay the bills. Tiger will do whatever it takes to protect her family, even if it means turning her back on her own dreams.

Lion Shifter Ezekiel Kiprop isn’t one to play games, especially if the safety of his Pride is at risk. When it comes to his duty to defend his king, he’s never hesitated until now. And that’s what makes Tiger so dangerous: she makes him forget all reason when she’s around. Determined to focus on an unknown challenger to his brother’s throne, Ezekiel shuts down his feelings. As fate would have it, his lion has other ideas, especially when it comes to Tiger. But will their love survive the truth Tiger has been hiding?

Join the Kiprop Pride and escape to a land where everything is possible. A Tiger’s Eye is the third book in “The Lion Shifters” series. Start your adventure today!