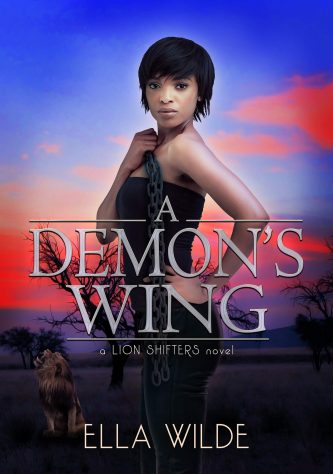 Summoned to Kenya by a dying witch, Grace Elkhart can’t wait to leave. She agrees to stay only long enough to help her cousin Emma establish some law and order in Nairobi. Being a Demon, Grace has the power to do that. But settle down? Join Emma’s Pride? There are too many reasons against it, starting with Jed Kiprop, the only man to ever break her Demon heart.

As a lion Shifter, Jed knows he needs to join a Pride… eventually. Now that his eldest brother King has formed one, it should be an easy choice. Except his brother’s mate has a Demon in her family. And that’s one Paranorm Jed refuses to share space with, especially when it’s Grace, a woman he once loved before she betrayed him.

When a family tragedy and a king’s command force Jed and Grace to work together, sparks fly despite their mutual distrust. But will they be able to overcome their pride and prejudice in time to save the Pride and each other from an ancient enemy?

Join the Kiprop Pride and escape to a land where everything is possible. A Demon’s Wing is the second book in “The Lion Shifters” series. Start your adventure today!